Divorce Is Not the Cure for Marriage to a Mean Husband

The Misguided Mission of Barbara Roberts 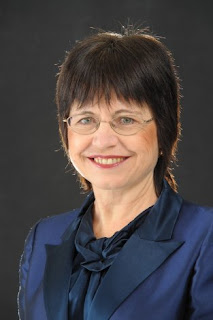 However, there is more to Barbara's mission. Barbara has written a book on divorce, Not Under Bondage, which according to her book blurb does the following:


The way that God sets victims of abuse free is through divorce. According to the blurb:

I think this is a fair summary of an argument she would make:

Now, before I go any further, let me make clear that I do not believe any husband (or wife) should be mean. When I think of mean people, I am reminded of the saying that the only reason some people are alive is because it is illegal to kill them (and sometimes wonder if that is the reason I am yet alive).

If meanness leads to physical violence, that physical violence creates a necessary separation, which, if it cannot be remedied so as to make the non-violent party safe, is grounds for divorce. The violent person in effect deserts by making it necessary for the other person to leave in order to protect her (or his) physical well being.

Moreover, I think that people and life, in this world that is very far short of the new heavens and earth for which we look, are complicated. That includes the reality and tragedy of divorce. Life has its ways of knocking you up side the head and showing you that it is not nearly so simple as you once, without justification, thought. There is a great deal of unhappiness and misery in marriages, including Christian ones. Some people would be much better off if they had had the wisdom to see - or if someone had convinced them of what they could not see - that such was the incompatibility of the two persons that happiness was most unlikely. Sometimes, despite the fact that it is not Biblically approved, such persons divorce. Sooner or later they remarry. I do not believe such divorces mean that God does or the church should write such people off. Just as God is far more holy than liberal churches imagine, God is often more merciful than conservative churches think. God's conservative people might take a lesson from him.

But, on to Barbara Roberts....

Since Barbara had responded to my views earlier by finding me so invincibly ignorant that she would waste no further effort trying to educate me, I had not thought about her or her take on divorce until this past weekend. The Epistle lesson for Sunday, May 7, was 1 St. Peter 2:11-17, and I chose it as the text for my sermon. This required me to do a little review of St. Peter's letter so I could place my text in the book's context.

My review reminded me that St. Peter was writing in the early 60s to believers in churches in the area of modern day Turkey in a time when there was sporadic and local persecution of varying degrees of severity throughout the Empire. His readers either were being persecuted or were facing the threat of persecution. This is the historical context of and the primary reason for the letter.

Peter's counsel to persecuted Christians is to respond to criticism and mistreatment with good works, especially the good work of submission. He introduces this theme of submission in chapter 2, verses 13-17, where his main concern is the submission of Christian citizens to the Roman (Nero the Emperor) government:

Be subject for the Lord's sake to every human institution, whether it be to the emperor as supreme, or to governors as sent by him to punish those who do evil and to praise those who do good. For this is the will of God, that by doing good you should put to silence the ignorance of foolish people. Live as people who are free, not using your freedom as a cover-up for evil, but living as servants of God. Honor everyone. Love the brotherhood. Fear God. Honor the emperor.

He seems to return to the relation of Christian citizens to society and government in chapter 3, verses 8-17:


Finally, all of you, have unity of mind, sympathy, brotherly love, a tender heart, and a humble mind. Do not repay evil for evil or reviling for reviling, but on the contrary, bless, for to this you were called, that you may obtain a blessing. For

“Whoever desires to love life and see good days,let him keep his tongue from evil and his lips from speaking deceit; let him turn away from evil and do good; let him seek peace and pursue it. For the eyes of the Lord are on the righteous, and his ears are open to their prayer.But the face of the Lord is against those who do evil.”

Now who is there to harm you if you are zealous for what is good? But even if you should suffer for righteousness' sake, you will be blessed. Have no fear of them, nor be troubled, but in your hearts honor Christ the Lord as holy, always being prepared to make a defense to anyone who asks you for a reason for the hope that is in you; yet do it with gentleness and respect, having a good conscience, so that, when you are slandered, those who revile your good behavior in Christ may be put to shame. For it is better to suffer for doing good, if that should be God's will, than for doing evil.

In the process of counseling persecuted Christians Peter, besides addressing Christians as members of society and citizens of the state, addresses two persecuted groups of people. In 1 Peter 2:18-25 he counsels servants who are persecuted by their masters:

Servants, be subject to your masters with all respect, not only to the good and gentle but also to the unjust. For this is a gracious thing, when, mindful of God, one endures sorrows while suffering unjustly. For what credit is it if, when you sin and are beaten for it, you endure? But if when you do good and suffer for it you endure, this is a gracious thing in the sight of God. For to this you have been called, because Christ also suffered for you, leaving you an example, so that you might follow in his steps. He committed no sin, neither was deceit found in his mouth. When he was reviled, he did not revile in return; when he suffered, he did not threaten, but continued entrusting himself to him who judges justly. He himself bore our sins in his body on the tree, that we might die to sin and live to righteousness. By his wounds you have been healed. For you were straying like sheep, but have now returned to the Shepherd and Overseer of your souls.

1 Peter 3:1-7, he addresses wives and husbands with particular concern for who experience mistreatment from their husbands:


Likewise, wives, be subject to your own husbands, so that even if some do not obey the word, they may be won without a word by the conduct of their wives, when they see your respectful and pure conduct. Do not let your adorning be external—the braiding of hair and the putting on of gold jewelry, or the clothing you wear—  but let your adorning be the hidden person of the heart with the imperishable beauty of a gentle and quiet spirit, which in God's sight is very precious. For this is how the holy women who hoped in God used to adorn themselves, by submitting to their own husbands, as Sarah obeyed Abraham, calling him lord. And you are her children, if you do good and do not fear anything that is frightening. Likewise, husbands, live with your wives in an understanding way, showing honor to the woman as the weaker vessel, since they are heirs with you of the grace of life, so that your prayers may not be hindered.

Dr. Edmund Clowney wrote (in his exposition of 1 Peter in The Bible Speaks Today Series): "In the case of wives also there is the possibility of mistreatment. Christian wives are to remain faithful to God under pressure; they are not to deny the Lord for fear of their unbelieving husbands (3:6). But the submission wives are to yield to their husbands represents more than an opportunity to bear injustice for the sake of Christ. Peter presents this submission as an adornment of the Christian woman, the beauty of a meek and quiet spirit that is pleasing to God."

Imagine that - we as Christians are called upon to bear mistreatment and endure persecution in this world. Sometimes it occurs in marriage.

The problem with the mission of Barbara Roberts is that it plainly misguided and decidedly unbiblical. There are women (and men) who deserve our sympathy and need our support who will instead be lead astray.