I Think I've Been Intellectually Snobbed

Otis and Sean Shoot at the Curmudgeon 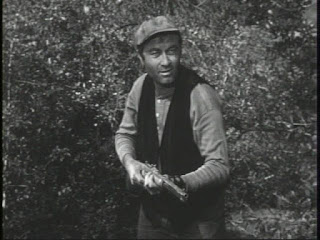 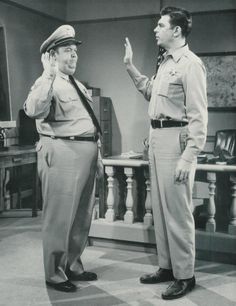 I then asked three questions:


1. Are the ways of looking at race associated with Critical Race Theory compatible with the views of our Lord and his Apostles? Or is “Critical Race Theory” a grid through which the texts of the New Testament are read by scholars such as Dr. Williams and Mr. Tisby?

3. Re Drs. Duncan and Mohler: Do they (a) agree with, (b) are they concerned about, (c) or are they dealing with the views of Dr. Williams and Mr. Tisby in their institutions?


I did not provide answers to my three questions. I wanted readers to think about the questions and possibly to respond to them. I will now answer my three questions briefly. Question 1: (a) no (b) yes. Question 2: Partially but significantly. The views of scholars and activists such as Dr. Williams and Mr. Tisby have influenced what the SBC and PCA mean by Racial Reconciliation. Is the average ruling elder attending the PCA General Assembly or the average lay messenger to the SBC, who with good heart wants to pursue racial reconciliation, aware of this influence? I doubt it. But are those who craft motions, resolutions, and overtures aware of the influence of CRT on the understanding of racial reconciliation? Yes. Question 3: I do not know.

When I wrote the Blog, I thought it was pretty straightforward: (1) Here is what Critical Race Theory is. (2) Here are the views of Dr. Williams and Mr. Tisby. (3) Comparing the description of CRT to what these two men have written makes it clear that they are strongly influenced by CRT. (4) So here are three questions. I thought that there would be those who would think I had done a service by writing the Blog (there were) and those who would think what I wrote would not be good for the cause of racial reconciliation (there were).

But I was a little surprised by responses on Twitter by two academics Dr. Otis Pickett and Dr. Sean Lucas. Their responses share the view that I don't know what I am talking about. 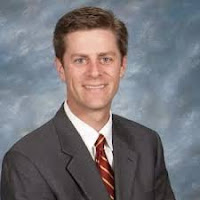 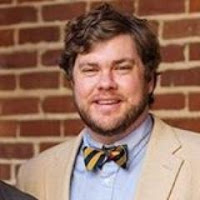 Dr. Otis Pickett is an Assistant Professor in the areas of History and Political Science at Mississippi College in Clinton, MS. Dr. Pickett began by expressing a concern about The Aquila Report's having published my Blog:


it is irresponsible to post this from a personal blog as in any way authoritative. It is combative, uncharitable & inaccurate


Readers will have to judge if the Blog is combative and uncharitable. My own take, for what it's worth, is that it is neither. I would class it as partly polemic (polemics a form of theological rhetoric) and charitable if charity includes truth-telling.

I did inquire of Dr. Pickett what was inaccurate. His responses that addressed this criticism included:

it is one school. A school where none of the people you mentioned studied or spent any time. It is inaccurate & meant to provoke

it is true. I have studied race for 18 years @ 3 universities. Each university has different philosophy based on interests of profs

there r hundreds of scholars in multiple disciplines that wrote about race for 100 yrs. You limit all studies to one interpretation

Here is how why I quoted from the UCLA website to describe CRT: (1) I thought it wise not describe CRT in my own words, mainly to protect myself from the kind of criticism Dr. Pickett has made. (2) I did not want to quote a source like Wikipedia. (3) I wanted a source (a) from an academic institution, (b) that teaches CRT, (c) is sympathetic to CRT, and (d) that seeks to describe CRT apart from the peculiarities of its own programs.

I believe that a person reading the quotation from the UCLA source will find it reads like an academic dictionary article. I also believe that, if someone interested to do so, reads as many sources as he/she likes on CRT, he/she will find that the term "Critical Race Theory" is a term that has meaning for the simple reason that no matter what one reads one will find that they share the same vocabulary and concepts. It is my belief that what is published at the UCLA website is a fair description of what CRT is. I further believe that the vocabulary and concepts used by Dr. Williams and Mr. Tisby are borrowed from CRT.

Here is the the most significant problem with Dr. Pickett's responses: If Dr. Pickett is correct, then the term "Critical Race Theory" is meaningless. It is impossible to trace, describe or define. Every school, every department, every professor has its/his/her understanding of the term. No ordinary person can understand CRT because there are too many and different operating concepts, too many nuances, and too much more than such person can know and digest to understand it. Not even scholars such as Dr. Pickett can tell us what CRT is because it means different things to different people.

In other words, I do not know what I am talking about because, as an ordinary person, I am not qualified to say what CRT is and to recognize CRT in the writings of Dr. Williams and Mr. Tisby.

Dr. Sean Lucas is the Senior Minister at the Independent Presbyterian Church of Memphis. Dr. Lucas' criticism is that I am guilty of a logical fallacy:


If there was ever an example of the genetic fallacy, this would be it. #sigh


I responded to Dr. Lucas by telling him I had majored in philosophy in college and had taken courses in both standard and symbolic logic, so there was a good chance I could understand if he pointed out to me how I had committed genetic fallacy. He declined.

Assuming that, unlike Dr. Pickett's view that CRT is incapable of definition, there is a definition of the genetic fallacy, here is the one Wikipedia gives, which I believe is a good one:


The genetic fallacy (also known as the fallacy of origins or fallacy of virtue) is a fallacy of irrelevance where a conclusion is suggested based solely on someone's or something's history, origin, or source rather than its current meaning or context. This overlooks any difference to be found in the present situation, typically transferring the positive or negative esteem from the earlier context.

The fallacy therefore fails to assess the claim on its merit. The first criterion of a good argument is that the premises must have bearing on the truth or falsity of the claim in question. Genetic accounts of an issue may be true, and they may help illuminate the reasons why the issue has assumed its present form, but they are not conclusive in determining its merits.

Here is the Wikipedia example of this fallacy:
Some Christians may have experienced this fallacy: "You're not going to put up a Christmas tree in your home are you? Don't you know that custom comes from paganism?"

Here is what I think Dr. Lucas is saying to me: "You begin with a description of CRT. Among the relatively few evangelical Christians who have ever heard of CRT, for many of them it has negative connotations. You then quote Dr. Williams and Mr. Tisby and say you think that they have been influenced by CRT and that it is evident in their writing." (Now this assumption is required for Dr. Lucas' argument: "But their writing does not reveal the influence of CRT.") With this assumption, the conclusion is: "You have smeared Dr. Williams and Mr. Tisby, that is, committed the genetic fallacy, by associating their views and writing with CRT."

Here is the problem with Dr. Lucas' attribution of the genetic fallacy to my Blog. The relation of the views of Dr. Williams and Mr. Tisby to CRT is not similar to relation wedding rings to ankle chains and Christmas trees to pagan practices. Critical Race Theory and the writings of Dr. Williams and Mr. Tisby are contemporaneous. Read their articles I have quoted and many more and note the concepts and vocabulary they use. Is there a genetic difference between what scholars of CRT and what these two men say? I still believe this is true:


One can draw a straight line from “Critical Race Theory” to the way these man look at race, culture, politics, society, and the particular form of society that is the church.


What conservative evangelical churches have coming at them is a train pulled by two powerful locomotives. One locomotive is race. The other locomotive is gender (or what used to be called sex). If you want some insight about that second locomotive read and listen to this.

I have noticed that for some reason an old Blog I wrote, This Doesn't End Well for the PCA, has been getting a lot of looks. The more I observe the PCA, the more convinced I am that it doesn't. I think that 1973 cannot be repeated. There are not sufficient ministers of stature, who see what is happening, to lead and join with the ruling elders of the PCA to stop those speeding locomotives.