Looking for a Loophole 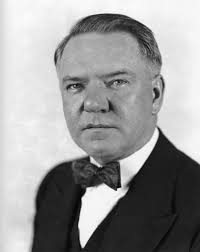 When W.C. Fields, the humorist and atheist, was dying in a sanitarium, a nurse was surprised to find him reading the Bible. When she asked him what he was doing, Fields wisecracked, "Looking for a loophole." I get the impression that looking for a loophole is what some evangelical women are doing as they confront Apostolic writings about women in relation to men in home and church. I am thinking in particular about Ephesians 5:22-24,33; 1 Peter 3:1-6; 1 Timothy 2:9-14.

Persis Lorenti has published a curious Blog, "The Andelin Connection?"  in which she wonders how different the teaching of some conservative evangelical teaching about man, woman, and marriage is from the the teaching of the book, Fascinating Womanhood, by Mormon authoress Helen Andelin. Ms. Lorenti writes:

If you ignore the Mormon foundation, how different is Andelin's teaching from the Christian women's books that followed? How many of those demand complete obedience from wives regardless of whether their husbands are leading the family into ruin? How many forbid women from correcting their spouses or even offering a different opinion? How many teach that their job is to silently submit and let God do the adjusting? All the while demands are put on the subordinate party in this power differential for the ultimate well-being of the marriage. But if you look at the Bible, who has ever been given a pass on accountability based on chromosomes? Since when did a role place a person on a higher plane than his peers such that only God is able to correct and no one else? I can't think of anyone. Nathan called David out for his sin. Paul confronted Peter to his face. James condemned the sin of partiality. What about the "one-anothers" in the New Testament that call for mutual encouragement and admonishment?

She notes that two of the most egregious offenders of Paige Patterson and James Dobson and expresses her concern that their teaching and similar teaching creates a culture in which wife abuse can be excused:


But this has also created a perfect environment for abuse to fester – absolute obedience from one party while the other is under no accountability. So a woman’s only recourse is to try more. Pray harder. Submit more. Don’t nag. Cajole him and appeal to his better nature. [9] Sound familiar? Given Andelin’s influence in shaping the ideal conservative American woman, is it any wonder that abuse has slid under the radar? Tragically, these ideas still lives on today. All you need to do is read the counsel victims often receive within professing Christian circles. Two of the most egregious examples come from Paige Patterson, president of Southwestern Baptist Seminary, and James Dobson.

What would Ms. Lorenti like to do with her hunch that there is not much difference between Mormon teaching and conservative evangelical teaching?

If I had the time and the resources, I would survey the body of Christian women's books that followed in the wake of Fascinating Womanhood. I would analyze their content with respect to male veneration and lack accountability, the burden of female responsibility, co-opting Victorian gender stereotypes as biblical, and the degree with which marriage is idolized elevated. My hunch is that I would find ideas that can be traced back to Helen Andelin's influence. If anyone wants to take this idea and run with it, you have my blessing, and I will gladly buy your book. But if this is indeed the case, then we need to take a hard look at what is being taught in the name of Christian marriage and womanhood. How much is truly biblical, and how much is Mormon?

Checking out Ms. Lorenti's Blog on the counsel given to women, at her Blog, "Tried by Fire," I was surprised but not surprised to find Ms. Lorenti's connection with Barbara Roberts, Jeff Crippen, and A Cry for Justice about whose unbiblical views I have written before:

If Your'e Married to a Jerk. Divorce Him!

Divorce Is Not the Cure for Marriage to a Mean Husband

Here's my guess about what is going on: There is a loosely connected group of evangelical women who...

(1) are concerned about wife abuse and whether the church does enough for abused women or may even be complicit in the abuse,

(2) either promote or are open to the view that the abuse which gives grounds for divorce is not only physical but may include such things as a husband's angry or demeaning speech and his having a controlling personality,

(3) tend to look on the obligations of married persons as reciprocal so that if a husband does not fulfill his duties to love, nourish, and living in an understanding way with his wife, she is not obligated to fulfill her duties of submission,

(4) think women's voices have not been but need to be heard, heard with respect, and taken seriously in the church on matters of theology, policy, etc.

(5) for these reasons and others are looking at the Biblical texts about submission, home and church life, and divorce and wondering if the church may have not rightly understood and applied these texts in the past and may be influenced more by culture than exegesis in its understanding of male and female roles.

In other words, Do the texts mean what the seem to mean?

Augustine on nature and Scripture:


Nor can it be doubted, that it is more consonant with the order of nature that men should bear rule over women, than women over men. It is with this principle in view that the apostle says, "The head of the woman is the man;" and, "Wives, submit yourselves unto your own husbands." So also the Apostle Peter writes: "Even as Sara obeyed Abraham, calling him lord."


Luther on marriage as it ought to be:


Married folk are not to act as they now usually do. The men are almost lions in their homes, hard toward their wives and servants. The women, too, everywhere want to domineer and have their husbands as servants. It is foolish for a man to want to demonstrate his masculine power and heroic strength by ruling over his wife. On the other hand, the ambition of wives to dominate the home is also intolerable.


He proceeds now to another instance of subjection, and bids wives to be subject to their husbands. And as those seemed to have some pretense for shaking off the yoke, who were united to unbelieving men, he expressly reminds them of their duty, and brings forward a particular reason why they ought the more carefully to obey, even that they might by their probity allure their husbands to the faith. But if wives ought to obey ungodly husbands, with much more promptness ought they to obey, who have believing husbands. But it may seem strange that Peter should say, that a husband might be gained to the Lord without the word; for why is it said, that “faith cometh by hearing?” Romans 10:17. To this I reply, that Peter’s words are not to be so understood as though a holy life alone could lead the unbelieving to Christ, but that it softens and pacifies their minds, so that they might have less dislike to religion; for as bad examples create offenses, so good ones afford no small help. Then Peter shews that wives by a holy and pious life could do so much as to prepare their husbands, without speaking to them on religion, to embrace the faith of Christ. While they behold. For minds, however alienated from the true faith, are subdued, when they see the good conduct of believers; for as they understood not the doctrine of Christ, they form an estimate of it by our life. It cannot, then, be but that they will commend Christianity, which teaches purity and fear.


Just for fun, she might go back to the 1960s and find out what Burt Bacharach thought, as sung by Jack Jones:


Recently I was driving and listening to Rush Limbaugh (if D.G. Hart can listen to Rush, so can I), and a young stay-at-home mom called. I cannot remember her exact words but she expressed her desire to to have a traditional marriage in which her husband was the head and she followed his leadership. I felt sorry for her as I thought: "Women are going to kill her - and some of them will be evangelicals."

As always the challenge for the church and all Christians is to hear the Word of God as he speaks in Scripture.