I Am Valerie, Hear Me Roar

No Paul Did Not Say,
"Act Like a Woman" 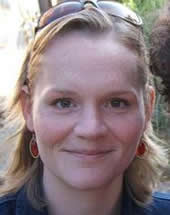 I am woman
I am invincible
I am strong
I am woman.
Helen Ready

Be on the alert, stand firm in the faith, act like women, be strong. Let all that you do be done in love.
Valerie Hobbs


I feel like Jude. I wanted to write about something else, but circumstances intervened, and "I found it necessary to write appealing to you to contend for the faith that was once for all delivered to the saints." In my case, I wanted to get started blogging as "The Reformed Reformed Episcopalian" and argue that  Anglicanism from its beginnings was not only a reformed English church, but also a Reformed church, though somewhat different from the Reformed churches on the Continent, nevertheless not only reformed but Reformed in doctrine. However my attention was diverted to Dr. Valerie Hobbs' latest, Act Like Women, at The Aquila Report.

(2) What Paul was doing when he wrote "act like men" was to use as a metaphor the Roman soldier: "Here, Paul draws on military imagery, evident from the Greek: grēgoreite: keep awake, keep vigilant, take as your inspiration a Roman soldier. It’s a metaphor for the spiritual life, intended for all Christians, men and women" (Valerie Hobbs).

(3) Who are the Christians today who most embody the characteristics of the vigilant Roman soldier? Valerie's answer is, "Christian women" who have endured "toxic masculinity."

(4) Therefore, if Paul were writing today and wanted an apt metaphor, he likely would write not "Act like men," but  "Act like women."

A few notes on what Valerie has written:

(1) When Paul wrote "to act like a man" or "to conduct oneself in a manly or courageous way" (A  Linguistic Key to the New  Testament), his metaphor was not how the Roman soldier acts but how a man who is manly acts.

(2) The way the phrase is translated:

(3) What is clear is that even the more "dynamic" translations understand what the Apostle wrote as based on "manly characteristics" or "manly virtues." No one understands the the word as associated with those character traits which are distinctive of the female person. The Greek word has to do with "men" and even those translations that are "looser," seeking the significance of the word over its literal meaning, translate it with reference to words that are associated with "manliness" - that is, "courage."

A few notes regarding Valerie's understanding of the text:

(1) Dr. Hobbs has missed what Paul wrote in Greek. She calls our attention to Paul's use of the metaphor of the Roman soldier. But it is not the third ("act like men") but the first verb of the sentence that calls our attention to the soldier, "grēgoreite," translated as "Be watchful," which means "to watch, to stay awake, to be alert" (Linguistic Key to the Greek New Testament).

(2) Paul does not write "act like a man" or "be courageous" until the third verb of the sentence. Here he uses used "andrizesthe" (from aner/andros - male or man) which means "to conduct oneself in a manly, or courageous way" (Linguistic Key to the Greek New Testament). "The word was also used in a papyri in the exhortation 'therefore do not be fainthearted but be courageous as a man'" (Linguistic Key to the Greek New Testament). In other words, while Paul calls us to emulate the Roman soldier with the first verb, he calls on us to emulate men with the third verb.

(3) For Paul men and women are essentially one in Christ: "There is neither Jew nor Greek, there is neither slave nor free, there is no male and female, for you are all one in Christ Jesus'' (Galatians 3:28). But essential oneness and equality in Christ does not extinguish the differences between men and women in this world. Men are called to be leaders and women followers in the home (Ephesians 5:21-33, 1 Peter 3:1-7). Men are to teach and rule in the church while women are to listen and learn (1 Timothy 2:8-13, 1 Corinthians 11:2-16, 1 Corinthians 14:33-35).

(4) As there are differences of role in home and church, so there are differences of nature and natural characteristics between men and women. When Paul's readers, male and female, read, "Act like men," they had no struggle with understanding, for they knew what men are naturally like. Men are designed to be courageous, though there are men who fail to "act like men." It is the man who places himself between his wife and children and the attacker. If it is the wife who must stand between the attacker and her husband and her children, then she is having to fill an "unnatural role" in which she, rather than her husband, must "act like a man." As much as Dr. Hobbs may wish to flatten the differences between men and women, husbands and wives, and to blur the distinctions between men and women, the Bible won't allow it, for the Bible everywhere teaches that men and women are different in creation and redemption. There is such a thing as "acting like a man" and "acting like a woman," and when a woman acts like a man or a man acts like a woman the natural (created) differences are denied, or, to put it more bluntly, rebelled against.

Finally, what are we to make of Dr. Hobbs? She is a Christian and a feminist, or, to put the terms together, she is a Christian feminist. Three times she speaks of "toxic masculinity" not just in society but also in the church. What is her goal? The removal of distinctions between men and women in society and in church so that there is "equality and fraternity":


By now, to all with eyes to see, the evidence is clear of the pervasiveness of a toxic masculinity that cultivates male violence, sexual aggressiveness, and emotional distance. But it is too early to say whether we will see any change in our society’s perception and treatment of women and other vulnerable people. What might it take for Hollywood, for politics, for all our institutions to be transformed into bastions of equality and fraternity after the reckoning of its tyrannical power players?